Aryabhata- the Dalit Mathematician from Ancient India- his practical philosophy 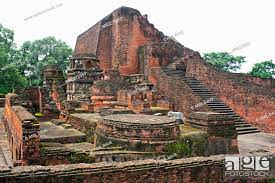 "We have discovered remains of another university at the Buddhist monastery site of Telhara in Nalanda district," Atul Kumar Verma, director of state archaeology."  From Google

"Just as a man in a boat moving forward sees the stationary objects (on the shore) as moving backwards (s), just so are the stationary stars seen by the people on earth as moving exactly towards the west."Aryabhata[

In my previous post, I wrote about Aryabhata in connection with mathematics's practical/empirical philosophy.  He was born in 479 CE in Pataliputa present day, Patna in Bihar.
About his Education and career: It is clear, he went to live in Kusumapura, corroborated through sources, as Pataliputhra, Patna, where he headed an institution.  Because the University of Nalanda was at that time and an astronomical observatory, it was speculated he was the head of Nalanda. He was a physicist; the starting quote of this post about the relative motion is his statement.
According to C.K Raju, Aryabhata's philosophy contrast with that of the formal philosophy of mathematics.  He explains this in detail in his essay.  The West, because of the false assumption in their philosophy--mathematics is absolute truth, religious and racist reasons argued Aryabhata's practical philosophy inferior.  There were people on their side in India for casteist reasons that provided no room for Aryabhata's practical philosophy. Together with that, excluding a section of Indian people from maths educations in certain institutions.
Aryabhata's philosophy was solving mathematics problem practically; that of the Western formalist philosophy was to prove maths based on certain axioms and establish it as absolute truth. Aryabhata's work in mathematics, Ganita, or Sulba Sutras (a manual for masons) is concerned with practically useful but approximate calculations.
Using practical approaches, Aryabhata solved differential equations numerically to calculate his 24 precise sign values. It's central to the modern-day since most engineering applications perform numerical calculations on computers, using plotting point numbers. And those indoctrinated into formal mathematics are unfit to work on those practical applications.
He adds a Western concept that empirical knowledge is inferior, being fallibilist to their deductive methods being absolute truth; for this, they rely on Euclid and Pythagoras.  However, he argues, Euclid is just a mythical character.  Elements the book Euclid supposedly authored "does not have pure deductive proofs of either the "Pythagorean" or any other proposition: the proofs in it are just as empirical as the proof of the "Pythagorean Theorem" found in Indian tradition, only more prolix."
He also points out that the Pythagorean Theorem, known in India as a proposition of the diagonal of a square, was not known to the West.  He also points out the wrong translations in surd, the square root of 2 and the value of pie.
I want to conclude this post by adding one quote from his essay: "The existence of such Dalit prominent scientific figures also refutes the stereotype that education was confined to Brahmins in the pre-colonial India.  While pre-colonial (non-Vedic) education did not exclude Dalits, as we first learn through Dharmapal, post-independence mathematics education in India did: it has remained within the tight grip of Brahmins in the TIFR math school exempt from the reservation.  After Kosambi (and because of the attempt to oust him), that maths school has functioned on casteist and regional lines on the one hand and acted as a stooge of the West on the other.  Not only have they formulated the Western formalist philosophy of mathematics, they have actively suppressed any dissent and provided no room for Aryabhata's philosophy, going back to Sulba Sutra (a manual for masons) that Ganita is primarily concerned with practically useful but approximate calculations."
This Post No. 8 is part of the Blogchatter Half Marathon
#Aryabhata #Budhist monastry #Ganita. #Euclid #Nanalda #practical philosophy of mathematics #Pythagorous Theorem #Western Formalist philosophy of maths. #Sulba Sutra 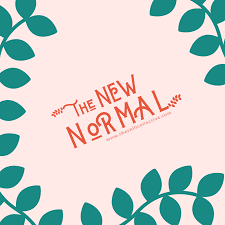 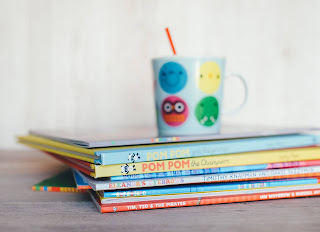 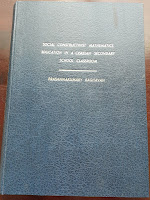 In my previous post , I explained how my learners' poor performances in mathematics learning prompted me to do academic research on it. And I registered with Rhodes University, Grahamstown, for a Masters's degree in Mathematics Education.   My initial research topic centred on learners' poor performance in Euclidean geometry. Later, I changed it into Social Constructivist Mathematics Education in the classroom.   This was based on my awareness that the philosophy of Mathematics determines the classroom pedagogy-how it's taught and learned in the classroom, especially at the school level.   Traditional schools of mathematics promoted objectivism in the classroom pedagogy--justifications through an axiomatic deductive approach.  Axiomatic means; self-evident or unquestionable truth statement.  For example, the earth is round; a line is a set of infinitely many points extending forever in both directions.  An axiom is, old knowledge, use it to prove new knowledge. A learn
Read more